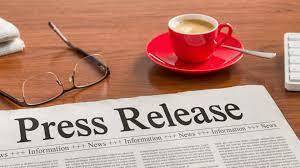 The Board of Education of the Strasburg C-3 School District of Cass County, Missouri at a regular meeting on June 16, 2022, approved the sale of the $2,200,000 General Obligation Bond Issue to its Municipal Bond Underwriter, L.J. Hart and Company of St. Louis, Missouri. "We appreciate the strong vote of confidence we received from local patrons at the election and want to lock in interest rates that are still favorable in a rising rate environment," stated Eric Stevens, President of the Board of Education. These new money General Obligation Bonds were approved by about 83.05% of the voters at the April 5, 2022 election, for the primary purpose of providing funds for safety and security improvements throughout the District and renovating existing classrooms.

The bond marketing process provided the first opportunity to invest in local financial institutions and according to L.J. Hart & Company, the F&C Bank purchased $550,000 of the bonds. This strong local support was very helpful to the success of the financing. "It is nice that our marketing procedures facilitated this local involvement while still receiving attractive interest rates," commented Dr. Chrystal Mayfield, Superintendent of Schools.

The Board of Education selected the negotiated sale of the bonds in order to capture current market conditions in a rising interest rate environment, to be certain that local banks received an opportunity to purchase the bonds, and because the proposed interests rates were fair based upon current conditions in the municipal bond market. Dr. Mayfield stated that the District did compare proposed interest rates with the national bond indexes and other Missouri issues with a similar rating quality sold at competitive and negotiated sales to be certain that rates for the DIstrict's bonds were favorable. "Based upon pricing of these other financings, and the national indexes for AA rated General Obligation Bonds our rates were as good as or better than some public sales and other negotiated sales for a similar quality level of bond issue, " Dr. Mayfield remarked.

The information shared by L.J. Hart & Company indicated that the bonds are scheduled to mature on March 1, 2026 through March 1, 2037 with reoffered yields ranging from 2.55% to 3.00% to the March 1, 2027 call date. The District is selling the bonds with interest rates of 4.00% and 5.00%, which produces additional funds for the projects in the amount of $181,364.00. The interest income from the bonds is exempt from federal and state of Missouri income taxes and the bonds were available in $5,000 denominations.

The bonds do contain optional redemption (call) provisions on March 1, 2027 at no penalty that will facilitate the reduction of future interest expense in the event of prepayment or a future refunding to lower rates if market conditions make it economically feasible. The financing proceeds are expected to be available to the District by July 7, 2022 and will be promptly reinvested by the District to earn additional interest for use in the completion of the projects. The legal documents to complete the issuance of the bonds were prepared by Lori Lea Shelley, Esq., of Lathrop GPM in its role as bond counsel for the District.